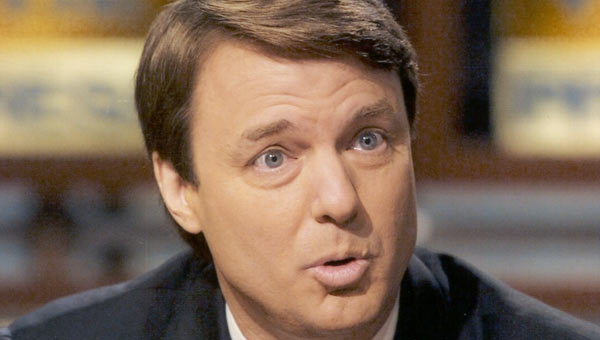 In the Summer of 2008, as revelations of Senator John Edwards’ affair with a former campaign staffer were surfacing, the embattled former presidential candidate offered a treasure trove of “tells.” Having already lied about the allegations, John Edwards decided to come out with a half-truth: admitting only to the affair but continuing to deny rumors that he fathered Rielle Hunter’s baby.

In this interview with ABC News, Edwards displays the same contradictory head-nod as Hillary Clinton, signaling that his stated answer is much different than the message his body is sending. As he states “I welcome participating in a paternity test…I know that is not possible that this child could be mine,” Edwards can be seen shaking his head side to side.

Edwards displays other tell-tale signs that he could be hiding the truth.

Take a close look at the way he is seated. Does it give the impression the he is confident in his answers? Slightly hunched-over and feet facing the exit, Edwards’ composure signals that he may be defensive, even nervous. This is made all the more evident near the end of the clip. In an attempt to perhaps lighten the mood, or to shift attention away from the question, Edwards forces a laugh which comes off as both forced and insincere. This is yet another “tell” that while his words may say one thing – the body is telling a much different story indeed.