Blog > More to a Smile Than Lips and Teeth 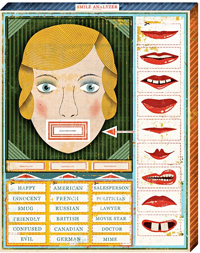 We are just beginning to understand how the reward circuits in our brains become activated via observation of others.

In the middle of a phone call four years ago, Paula Niedenthal began to wonder what it really means to smile. The call came from a Russian reporter, who was interviewing Dr. Niedenthal about her research on facial expressions. “At the end he said, ‘So you are American?’ ” Dr. Niedenthal recalled. Indeed, she is, although she was then living in France, where she had taken a post at Blaise Pascal University. “So you know,” the Russian reporter informed her, “that American smiles are all false, and French smiles are all true.” “Wow, it’s so interesting that you say that,” Dr. Niedenthal said diplomatically. Meanwhile, she was imagining what it would have been like to spend most of her life surrounded by fake smiles. “I suddenly became interested in how people make these kinds of errors,” Dr. Niedenthal said. But finding the source of the error would require knowing what smiles really are — where they come from and how people process them. And despite the fact that smiling is one of the most common things that we humans do, Dr. Niedenthal found science’s explanation for it to be weak. “I think it’s pretty messed up,” she said. “I think we don’t know very much, actually, and it’s something I want to take on.”

To that end, Dr. Niedenthal and her colleagues have surveyed a wide range of studies, from brain scans to cultural observations, to build a new scientific model of the smile. They believe they can account not only for the source of smiles, but how people perceive them. In a recent issue of the journal Behavioral and Brain Sciences, they argue that smiles are not simply the expression of an internal feeling. Smiles in fact are only the most visible part of an intimate melding between two minds.