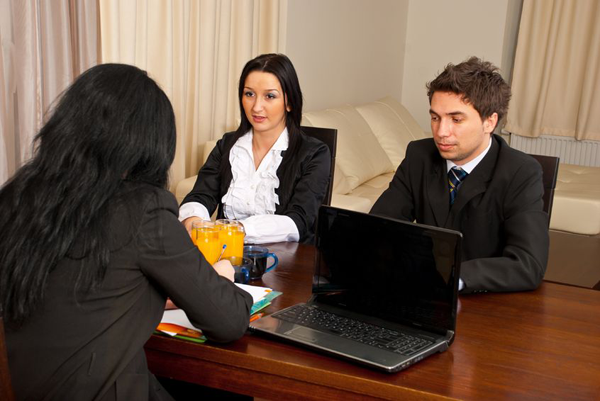 After decades of research, a substantial body of work now exists about the best ways to detect an individual in the midst of deception. But how about when a pair of deceivers is being questioned? Solid evidence has been much harder to come by,  which is why new research, Social Indicators of Deception, funded by the Department of Defense is worth noting.

Claiming  their study to be the first work in “social interaction” deception, researchers James E. Driskell, of Florida Maxima Corporation, and Eduardo Salas and Tripp Driskell, of University of Central Florida, found that the way truthful dyads (pairs) recounted a story showed significant differences when compared to the behavior of deceptive dyads.  Their most significant finding was that when recalling a past episode, truthful pairs will recount it in a social and interactive way, questioning each other and following up each other’s comments. They’ll also look at each other more often, and use assent language  like “yes,” and “agree”. Deceptive dyads, however, are more likely to recall information separately, pooling it to check it against each other, demonstrating less social interaction. Truthful dyads won’t necessarily tell the exact same story the way a well-rehearsed deceptive dyad will. Instead, members of a truthful dyad will tessentially “riff” off of each other, as they remember events together as a unit.

The researchers based their work on “transactive memory theory”, which holds that when groups encode information, the responsibility is shared among the members. The retrieval of that kind of information is therefore also social and interactive, while information encoded solely by an individual requires a different cognitive task. Information  retrieved by a group, will be collected differently – by a pooling of information, rather than through singular memory retrieval.

The researchers worked with 52 firefighters and police officers who normally work together as partners. Randomly assigned, half were tasked to be truthful dyads and asked to talk about a past true event. The other half were tasked to act as deceptive dyads, and to make up a story.

The differences between the two sets stories were statistically significant. The truthful dyads, reflecting the “ transactive memory system”, made follow-up responses with each other far more often – approximately seven times more often – while within the deceptive dyad,   follow-ups were less than one.

Researchers also measured the level of  “synchrony” within each dyad observing when both members of the pair demonstrated similar actions at the same time. Truthful dyads had a much higher number of mutual gazes than the deceptive dyads, who only occasionally looked at each other to check responses.

Overall, there was far less social interaction between the deceptive dyads than the truth telling dyads.

The work may have some important applications. In the post 9/11 world, there is increasing need to detect deception in social settings, such as security checkpoints, airport screening areas, or train stations, when suspects may well travel in pairs.

The crucial question ultimately posed by researchers however has yet to be answered. Can observers be trained to read these cues effectively – and become more adept at reading them?